Skip to main content
HOME / The disease
Enteropathogenic Escherichia coli (EPEC) and enterohaemorrhagic E. coli (EHEC) are human pathogens that infect the epithelial cells of the small and large intestines, respectively, causing severe intestinal diseases. EPEC causes gastroenteritis in infants, while EHEC can cause bloody diarrhea and kidney failure in children and the elderly. Diarrhea remains the second leading cause of death in children younger than five years old, globally, accounting for ~1.3 million deaths every year (1). Moreover, E. coli infections have been linked to inflammatory bowel diseases, such as Crohn's disease (2). Exploration of the mechanisms by which pathogenic E. coli interact with their enteric host cells in the human body may pave the way to the development of novel therapeutic and diagnostic strategies to combat a wide range of severe human illnesses. Such developments are of particular importance in a world that rapidly moves to a post-antibiotic era, where bacteria that cause common human infections become resistant to antibiotic treatments. 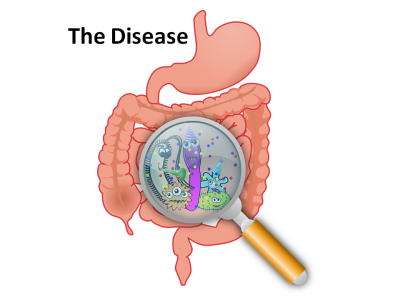